It was one of  it's kind. The CMR crowd were enthusiastic as ever.
The Firefox Club came back with an intention to start a series of events mainly focused on Rust. 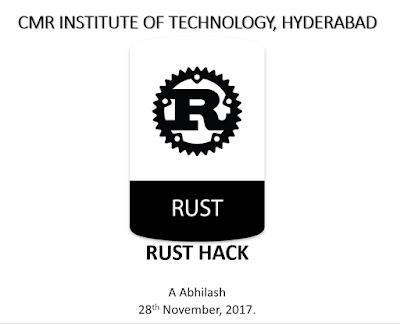 Rust is a language that describes itself as safe, concurrent, and practical. Rust is a statically typed compiled language meant to target the same tasks that you might use C or C++ for today, but it's whole purpose in life is to promote memory safety. By design, Rust code can't have dangling pointers, buffer overflows, or a whole host of other memory errors. Any code which would cause this literally can't be compiled. The language doesn't allow it. I know it sounds crazy, but it really does work. Most importantly, Rust achieves all of these memory safety guarantees at compile time. There is no run time overhead, making the final code as fast as C/C++, but far safer.

The goal of this event was to give an overview of several features brought by the language, such as its strong safety guarantees, or speed and memory performances.


The target was to train developers, students and budding programmers on Rust. The interaction was exceptional: The audience has been a great actor of this talk. It was a great moment to talk about concrete problem, memory safety, performance etc.

Here are a few glimpses of the event: 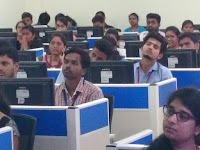 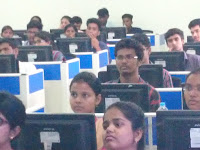 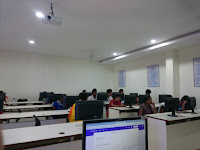 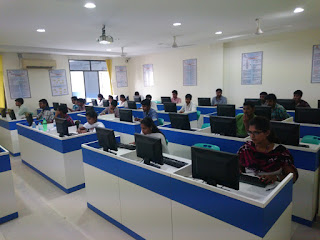 Stay tuned for further updates about our next session.
Feel free to reach out to us, in case you have any queries.

Posted by CMRIT Firefox Club at 20:30

Thank you for sharing information with us.

If Anyone looking for an Admission in CMR Institute of Technology, Visit Our Website